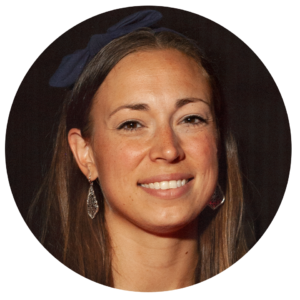 Danielle Newsom is entering her second season with Ultimate and second year in Tulsa, OK. Danielle Newsom is a Certified Coach, Certified Official, Certified Line judge, and holds several certificates in Coaching Psychology and Mindset. She is a member of the Positive Sports Alliance- to promote good sportsmanship within athletes, coaches, parents, and officials.

Danielle Newsom was hired as the Assistant Volleyball Coach at Kentucky Wesleyan College in the spring of 2019. Newsom was responsible for assisting in all facets of the Wesleyan volleyball program including player development, practice plans, and recruiting.

Newsom brings 14 years of coaching experience to Ultimate. She has been a club coach in three different states, including most recently the Typhoons of the Audubon Volleyball Association in Owensboro. Previously Newsom has worked with the West Alabama Juniors in Fayette, Alabama and the Summit Volleyball Club in Lees Summit, Missouri. She has also held the position of Assistant Head Coach of Fayette County High School.

An accomplished player herself, Newsom has traveled the globe competing in club and international programs since she was 14 years old. Her and her husband Trey have spent the past few years traveling throughout the United States competing as well.

Danielle and Trey were married in September of 2016. The couple welcomed their first child, Archer in 2017 and their second Aria in 2019. Newsom is a 2012 graduate of the University of Missouri-Kansas City where she earned a bachelors degree in Liberal Arts with an emphasis in psychology.