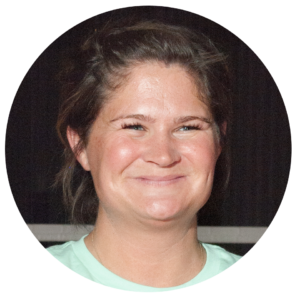 Becky became a four year starter playing Division I Volleyball for Oral Roberts (2001-2004). While she attended ORU Becky was a 2 two time Conference Defensive Player of the year. Her Sophomore year Becky was ranked third in the nation in digs per game and her senior year she was number one in the Nation where she held the record for 7.02 digs per game from 2004-2009. In 2004 Becky was named the Division I CVU Defensive player of the year. She still holds the all time digs per game record at Oral Roberts and in the Mid Con Conference in which ORU was a part of. In 2010 Becky was inducted into the ORU Sports Hall of Fame. After her collegiate career, Becky was asked to come tryout for the Canadian Women’s National team in where she made the 24 man roster. She decided to not take the opportunity up as she continued to earn her working visa in the USA.

Becky started her coaching career at Club ONE from 2005-2021, where she qualified multiple teams for USAV nationals. In 2021 her team won a Gold Ball at Lone Star which was the biggest National Qualifier in the USA in 2021. From 2018-2021 Becky was the Defensive Coordinator for Club ONE.

She is married to her wonderful husband Jason of 13 years and has two amazing boys Cooper Ray (11) and Cannon Jace (9).